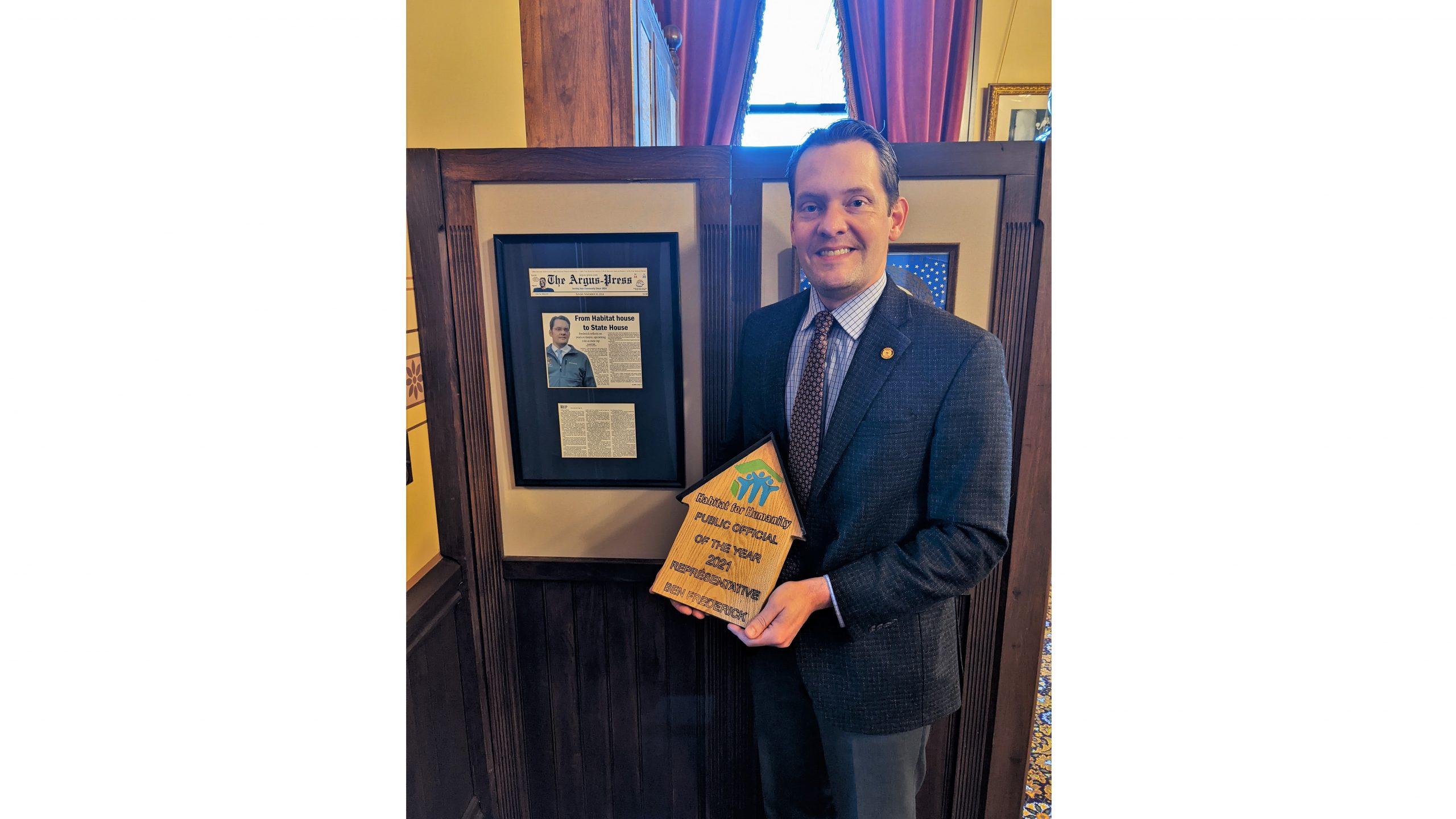 Rep. Frederick named ‘Public Official of the Year’ by Habitat for Humanity
RELEASE|November 16, 2022

Habitat for Humanity of Michigan recently named state Rep. Ben Frederick (R-Owosso) as its Public Official of the Year. Frederick, who serves as the House Majority Floor Leader, said the recognition is particularly meaningful given his own background. As a child, Frederick and his family were the recipients of a Habitat home in Owosso. The process of working alongside community volunteers on what would be his parents’ home and other Habitat houses inspired Frederick’s path in public service.  He accepted the award during Habitat’s annual banquet in October and dedicated the accomplishment to his parents Michael and Barbara. Frederick is pictured with the award in his office in the state Capitol.

Public service should and still can be an honorable pursuit, yet it falls to each new generation to ensure. Thank you for the opportunity granted me to pursue this work in the hopes of leaving things a little better.

An effort led by state Rep. Ben Frederick to offer additional learning resources for Michigan children who are deaf or hard of hearing will soon advance to the governor for consideration after it received overwhelming bipartisan support in both the House and Senate.